I finally figured if I was ever going to reach The End on any of my current projects, November might be the month to do it.

So I am using National Novel Writing Month to work on The Rough Dress, a Victorian-era novel built around the true story of Urania House – the ‘House of Fallen Women’ – established by novelist Charles Dickens and philanthropist Angela Coutts to help rehabilitate women who had fallen foul of the law, and prepare them for emigration to ‘The Colonies’ as domestics.

It’s not quite cheating. I’m digging into past Shitty First Drafts, rewriting scenes as I go, with the goal of having a somewhat coherent 50,000-word story by the time I’m done.

Why The Rough Dress, when I do have at least two other novels in various stages of dress and undress? Because it has a connection to Canada, in that three of the women from Urania House did emigrate to Canada, so the third part of the book will feature Rowena Cole’s settlement in Ontario – hopefully making the book easier to sell to a Canadian publisher.

Not that finishing the damn thing is in any way guarantee that The Rough Dress will ever find its way into readers’ hands.

But I do know that if I don’t finish it, it has no chance at all. 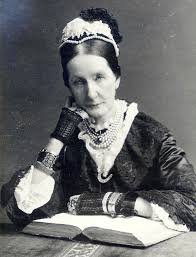 So I had better get to it.