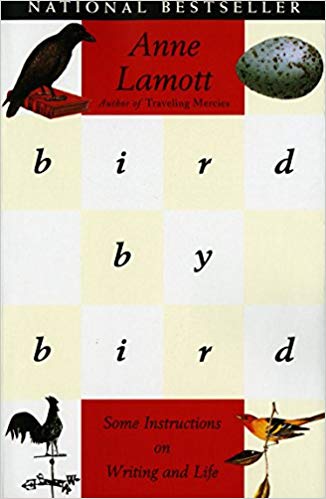 But that’s no reason to stop.

I’d rather do something hard that was important to me, than drift on doing the easy stuff that just does not matter – to me or anyone else.

Even so. Sometimes this project is just bloody hard work. So I recall – once again – Anne Lamott’s story in her wonderful book Bird by Bird.

“Thirty years ago my older brother, who was ten years old at the time, was trying to get a report on birds written that he’d had three months to write. [It] was due the next day. We were out at our family cabin in Bolinas, and he was at the kitchen table close to tears, surrounded by binder paper and pencils and unopened books on birds, immobilized by the hugeness of the task ahead. Then my father sat down beside him, put his arm around my brother’s shoulder, and said. ‘Bird by bird, buddy. Just take it bird by bird.'”

And I take her father’s advice to heart.

These days, when I sit down to work I don’t tackle the whole thing at once. I pick a topic, a section, just one simple fact I need to research or write about. And I ‘just get on with it,’ as my own mother might have suggested.

(Building the book will come later, once I’ve had a chance to review all its various parts and figure out the best spot for each one.)

So today I’m reading up on street newspapers.

There are more than 100 worldwide, I learned from the International Network of Street Papers’ website. The first one documented was in New York in 1989. But others in other cities may well have started earlier.

So today I read a few pages of research, wrote a few hundred words, contacted three street newspaper publishers and associations for pics, and in the process set one bird free.

Excuse me now. I’ve got to fly. 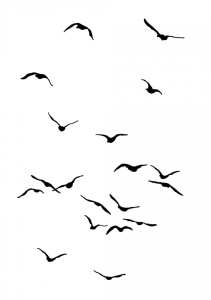